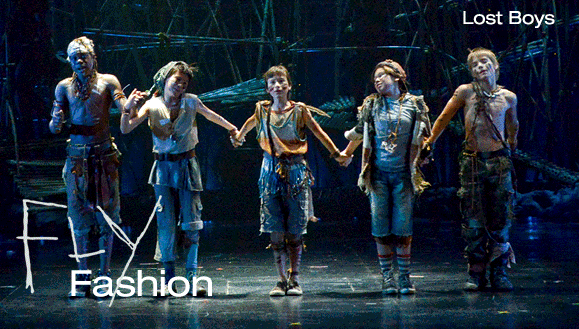 Costume designer Marina Draghici recently worked on the high-profile adaptation of Peter Pan at Dallas Theater Center – check out this great piece on her fabulous costumes!

“It takes a lot to put on a play, let alone a world premiere musical with more than 25 actors. There are lines to memorize, sets to build, blocking to learn, songs to write and costumes to create. And the costumes in FLY are magnificent. The process is months long and begins with initial concepts, then sketches and fittings and ends with what we finally see on stage.

“Each production is different,” said Marina Draghici, the costume designer for FLY. “I read the script, I research what other productions did visually, I look at fashion books, period costumes, street style, ethnic clothing and get inspired…” While getting inspired, Draghici thinks about balancing the entire silhouette, since costumes onstage are seen from top to bottom.

“Once information comes in from the designer, I start my show prep,” said Ables. “I make a list of every single thing that will be worn by each individual actor and assign them an estimated cost. When the projected budget is within boundaries I go back through the list and start figuring out how we’re going to produce each piece.”

In some cases items can be purchased. Sometimes the DTC team builds the costumes in house and sometimes pieces are outsourced to a local or New York-based shop. “ It’s a balance of knowing what’s out in the world available for purchase and what costumes pieces are so specific that we need total control over the look and the way they are constructed,” said Ables.

After all of this, comes the fitting process.

“The fitting room is where a lot of things happen,” said Draghici. “We improvised a lot during the fittings, based on body types and input from the actors.”

“Fitting days are long days of extremely important work,” said Ables. There are the obvious things that happen in fittings like which shoes fit better, should we get those pants in a smaller size, etc. It’s also a time for us to get to know each actor and start an important relationship that will last for months.”

Adjustments to costumes are made as needed after the fittings, but costumes often undergo additional changes during the technical rehearsal process.

Creating costumes for a show is a long process with lots of changes, trials and experimentation. In the end, the pieces come together to support the show and the characters in a visually stunning way. Take a look at various costumes in FLY and details about how the costume came to be.” 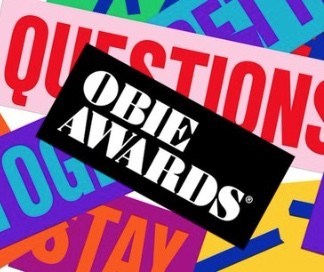 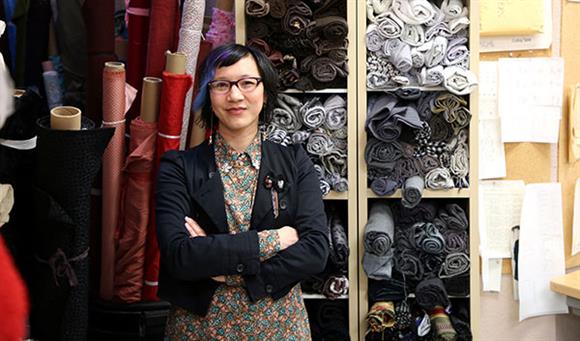 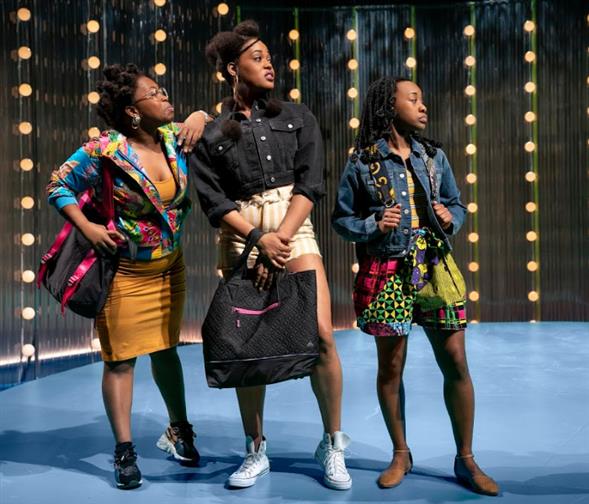