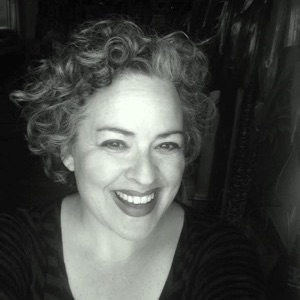 VALERIE MARCUS RAMSHUR (Costume Design) has been creating critically acclaimed costume designs for over ten years. A New York based designer, who has worked both nationally and internationally, her credits span theatre, film and television.

Ramshur was the Associate Designer for the award-winning New York production of Ruined in 2008/9, which won the Pulitzer and Drama Desk Awards among others. She was nominated for the prestigious Lucille Lortell off-Broadway Award for outstanding Costume Design in 2007 for Victoria Martin: Math Team Queen. Her Broadway credits, as both an Associate Designer and Design Assistant, include Tony Kushner’s Carolyn Or Change, Russell Simmons’ Def Poetry Jam, A Raisin in the Sun and Bobbi Boland, starring Farrah Fawcett. Other New York credits include, Tuesday’s With Morrie, Till The Break Of Dawn, Meshugah and Inky, to name a few. Valerie also freelances as a Costume Designer and fashion stylist for ABC daytime television, as well as national commercial and industrial projects.

Receiving her higher degrees from Bennington College and New York University’s Tisch School of the Arts, Valerie is deeply passionate about research and education. In her spare time she teaches costume design and fashion history at such institutions as NYU’s Steinhardt School of Culture and Education, FIT and Berkeley College in New York City. She has repeatedly been invited back to her alma mater’s as a visiting artist/lecturer. Valerie is a proud member of United Scenic Artists local 829.