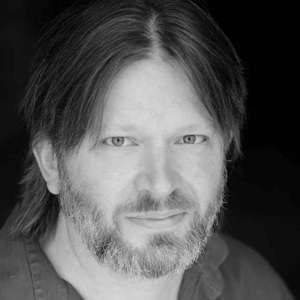 ROGER HANNA (Set Design) received a 2006 Drama Desk Nomination for Outstanding Set Design of a Play for Walking Down Broadway at the Mint Theater Company. Ron Lasko wrote at Broadway.com that “the real star of the show is an amazing set by Roger Hanna…walls pivot, doors unhinge, new walls emerge and all of the furniture is changed. It is quite impressive. In fact, the change-over from set to set is almost as entertaining as the show.”

Since 1995, Mr. Hanna has collaborated with opera director Robin Guarino five times, most recently for
the Mannes School of Music’s Don Giovanni. Other work with Ms. Guarino include A Game of Chance
(which illustrator Al Hirschfeld described as “magnificent”), Camilla, Riders to the Sea, and L’enfant et les Sortilegès. Opera News summed up their collaborative approach as follows: “Robin Guarino found consistently imaginative solutions to the opera’s inherent staging difficulties, aided by…the well-tailored work of Roger Hanna.” Other set designs for opera include Il Trionfo dell’Onore and The Happy Prince.

Mr. Hanna designed scenery and projections for the New York premiere of Dario Fo’s Johan Padan and the Discovery of the Americas, as well as scenery and lighting for the North American premiere of Fo’s The Peasant’s Bible. Both productions were directed by Fo translator Ron Jenkins.

From 2000 through 2004, as resident designer for Playwrights Theater of New York, Mr. Hanna has designed all full productions of the chronological mounting of Eugene O’Neill’s 49 plays at the Provincetown Playhouse. Mr. Hanna’s set for Before Breakfast, described in the New York Times as “Roger Hanna’s claustrophobically shabby habitat of despair,” is featured in the new Literature textbook by Pearson/Prentice Hall. His work for The Personal Equation was praised by CurtainUp as “a remarkable agile, complex and evocative set.”

Mr. Hanna holds an MFA in Design from New York University, and is a member of United Scenic Artists Local 829. Teaching positions have included faculty designer for a NYU Program in Educational Theatre, 1991—2001, and Rutgers Newark, Spring 1993—Spring 1994, for which he taught a combined total of forty classes and designed nearly 100 productions.