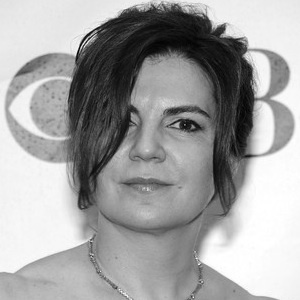 Marina Draghici was born in Bucharest, Romania and emigrated to the US to study at the Yale School of Drama, where she graduated with an MFA in Costumes and Set Design. She has designed many productions for theater, opera, dance, film and TV. Her work was featured at the Paris National Opera, Zurich Opera, Lyon Opera, Bordeaux Opera, National Theatre of Prague, Edinburgh Festival, New York City Opera, Lincoln Center, The Public Theater, Manhattan Theatre Club and many other venues. She has received a Tony Award and a Lucille Lortel Award for the Broadway musical "Fela!", an Obie Award and many nominations. Film credits include the Academy Award - winning Precious (2009), Errol Morris' Standard Operating Procedure (2008) and The Night Listener (2006) with Robin Williams. TV credits include Blue Bloods (2010), Homeland (2011), Dexter (2006), Black Sails (2014) and Elementary (2012).