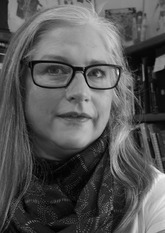 HOLLY POE DURBIN (Costume Design)  is an award winning entertainment costume designer based in Los Angeles. Her work has been seen in hundreds of US cities as well as internationally in Britain, onLondon’s West End, Isreal, Spain, Italy, Japan and Germany. In the US, Holly has worked on Broadway, Off- Broadway, and for opera and regional theaters such as the Mark Taper Forum, The Huntington Theater, the Cincinnati Playhouse, the Missouri Repertory Theater, the Old Globe Theaters in San Diego, the Geffen Playhouse, and Santa Fe Stages International Festival. She has designed for independent film, themed entertainment, television pilots. Recent work includes Lady With All the Answers for the Pasadena Playhouse, Tolstoy’s The Power of Darkness for the award winning Mint Theater Off Broadway and A Clown Vaudeville, a workshop production debuting in the Arezzo Festival in Italy. Her themed entertainment designs include Movie Magic, the original gateway attraction to Universal Studios Japan.

She has been fortunate enough to work with some of the leading artists of today: Ed Asner, Annette Bening, John DeLancie, Sharon Gless, Frank Langella, Linda Lavin, Marsha Mason, Megan Mullaley, Steven Spielberg and many others who have shared with her the excitement and exacting standards of working in the entertainment arts.